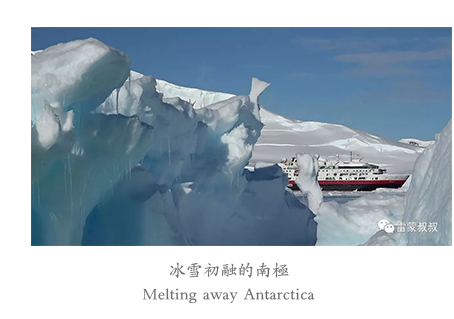 Nearly 50 hours after leaving Ushuaia,glaciers and islands emerged from the edge of skyline. In November, the Antarctica is melting away. Icebergs and floating ice are shining in blue, and the blue light is the appearance of time stayed in snow and ice for hundreds or even thousands of years.

It takes every cell in your body and every beating of your heart to experience the Antarctica. And you got what you experienced.

巡遊在南極海  Cruise on the Antarctica Sea

Next week preview: Breaking out of sudden cluster of floating ice and back to “FRAM” safely from Damoy Point……

The snowline into the cloud and the ice mountain in astonishing shape were beautiful; the crushed ice floating on the sea, however, was touching. The quiet blue light glowing from the ice was signatures of glacier ice, which was formed under pressure of all that snow accumulated for hundreds or thousands of years. 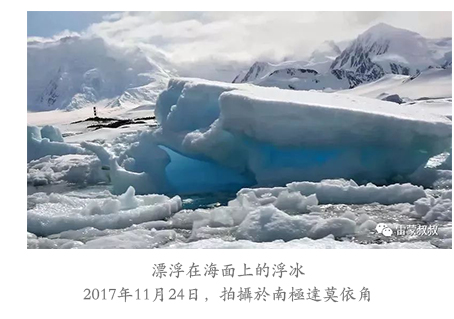 That day, FRAM dropped anchor near Damoy Point.The 200 plus passengers were going to land at Damoy Point in 6 groups. Damoy Point, used to be a British air facility and transit station given its spread landscapes. Snow-covered gentle incline and clear and simple snowline, as well as red and blue cabins made up a fairy tale world of my childhood readings.

Everyone was obsessed by this real fairy tale world, when an emergency announcement came from the expedition team：”Everyone must go back to the landing point at once”. The wind changed its direction and floating ice was gathering around FRAM, we had to leave this bay before the channel was  blocked otherwise we had to stay until the channel was clear, and nobody knew how long it would take……Expedition team leader Tessa was saying every day: “In Antarctica, it’s really ice, fog, wind and wave dependent’.

I rushed back to the landing point in more than a foot of snow and took on the polarcirkel boat. While the boat was making its way through huge and thick floating ice, I was touched by the beauty of crushed floating ice. They came to here through thousands of years; they drifted with wind and wave; they never minded where they were and whether they would melt away next moment; they were being the beautiful present and this was the way they experienced their existence and disappearance.

At 9 o’clock in the evening of November 23rd, more than 20 of us landed on Doumer Island and waved goodbye to FRAM, our home in the Antarctica.

Tonight, we were going to sleep over in the snow. The picturesque twilight of grey sea, dark brown rock, white snow and red camp was the look of ten o’clock evening in November at 64°49.85”South Latitude.

I sit in the silence, breathed the chilly air and heard the wind. Now and then, there came snowslide rumbling from the valleys far away. 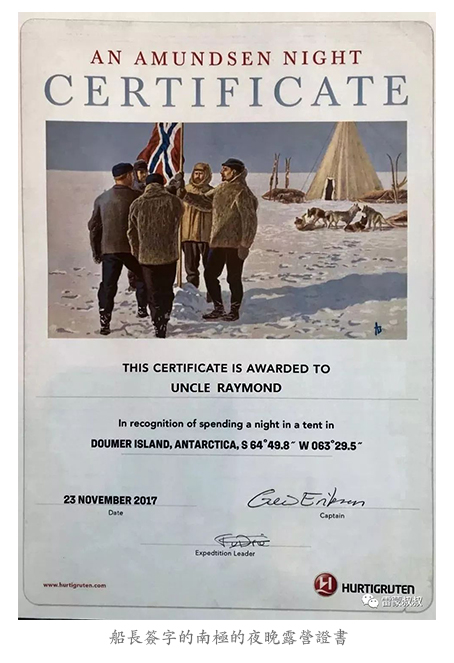 The sky, the earth and myself were the world in that space and time. I had no difference with a penguin, an elephant seal, or an albatross. We were identically from the universe, fed by the universe, and back and forth. The Antarctica defines life as the simple and identical existence.

I had a good sleep through the night in the tent.  When I woke up and opened the tent, harsh wind blowed snow into my face.  Goodmorning, Antarctica.